Government security forces in the Al-Salman area of Iraq found and seized a large cache of urea nitrate fertilizer.  Around three thousand bags weighing fifty kilograms each were discovered. Nitrate based fertilizers are used as the main explosive in many of the improvised explosive devices employed by the Islamic State.  Al-Salman district is a region of the Al Muthanna Governorate in southern Iraq. 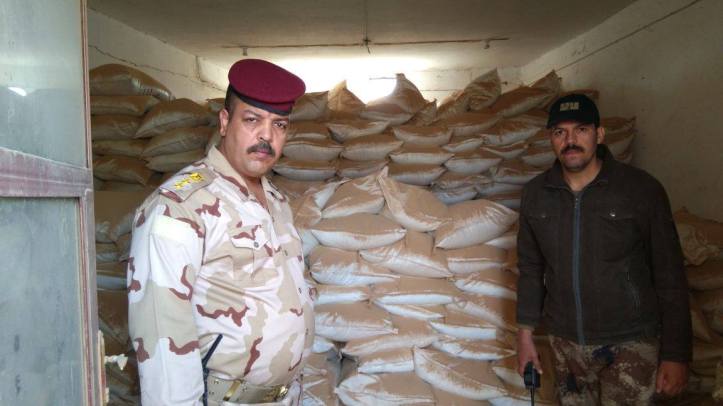